Who’s Watching President Obama’s Video Message to the People of the Ivory Coast?

“They eyes of the world are on Côte d’Ivoire,” President Obama says in a video message to the people if Ivory coast posted on the White House website on March 25. “You deserve a future of hope, not fear.” The… 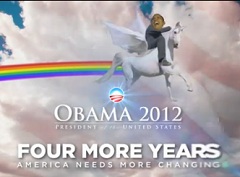 Barack Obama will start fundraising for his re-election campaign soon, and what better way to make that successful than to release a video detailing his achievements in office? After seeing this, I’m totally stoked for another four years of Hope and Change.  We have to spend money to cut money, as our esteemed VP reminds […]

Video: Shelvin Mack is back at the Final Four

Sen. Chuck Schumer (D-NY) was caught on tape plotting to label the Republicans and the tea party movement as “extreme.” But as this video tells it, the real extremists are Schumer and his fellow Democrats.

From the interviews today at Reliant Stadium:

They planned this along time ago and with the recent unrest and revolutions happening in north Africa and the middle east Former General Wesley Clark of the U.S. Army talks openly about the memo he saw when Bush was president.

John Calipari talked to the media today at Reliant Stadium.

At the press conferences today, Connecticut coach Jim Calhoun was asked about the first Kentucky-Connecticut game, won by the Huskies in Maui. 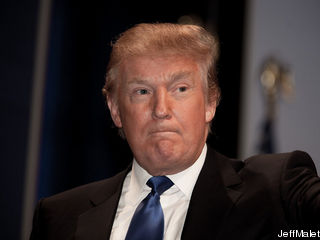 In the span of just a few weeks, real estate mogul turned reality television star turned Republican presidential candidate Donald Trump went from dipping his toe in the birther pool to diving right into the deep end and claiming that he’s “starting to wonder” whether President Barack Obama was born in the United States.

So we figured it’d be good to ask the Tea Partiers in attendance for the “Continuing Revolution” rally on Capitol Hill on Thursday if speaking out on the issue boosted Trump’s presidential campaign.

For the most part, their message was go, Donald, go.

Elizabeth Johnson, a resident of Virginia said that “Donald Duck would be better” than “this joker in the White House” and that “Donald Trump would be fine.” She appreciated Trump speaking out about the birther issue.

“Why not, if you have it and you’re honest about it, show it. But you know why I think he doesn’t want to show it? It says religion and it says Muslim because his father was one, and that’s what he doesn’t want people to know,” Johnson said.

“I think Donald Trump’s serious, if you’ve got Donald Trump’s kinda money you can be serious,” Mark Lloyd, the chairman of the Virginia Federation of Tea Parties, told TPM in an interview. “If you think about it, that birth certificate issue has been around since before the 2008 election, and it’s a question that’s out there that hasn’t been answered, and I don’t know if it ever will.”

But Lloyd said the Tea Party movement isn’t “a bunch of birthers” and that there were “bigger fish to fry.”

Charles Hoffman of West Virginia said he likes “what Donald Trump is saying, he’s saying what the others wouldn’t say,” including about Obama’s birth certificate.

John Balazic of Maryland didn’t seem all that excited about Trump as a candidate, but said that the birth certificate was an important issue.

“He’s about as documented as most of the illegals in this country right now,” Balazic said. “So unless he can come forward and prove that we’re all wrong, he should be considered an illegal alien, his administration illegal, it should be voided immediately and hopefully we can save what’s left of this country.”

Check out our compilation video below.

Presidential hopeful Herman Cain took a few minutes to sit down with the Shark Tank to talk about his controversial position on the infamous TARP bail-out of big business and also why he feels that Americans should trust him, a man with absolutely no political experience except for a failed attempt at the U.S. Senate several years back. Cain also discussed his recent comment that he would not appoint a Muslim to his cabinet were he to become the next Commander-in-Chief of the United States.

“I don’t know one Muslim who will denounce Sharia Law, and then say they can support the Constitution of the United States of America.” -Herman Cain

Cain also believes that Donald Trump is on point in calling for President Obama ro furnish his birth certificate and end all speculation as to whether he is a U.S. Citizen or not.

During his address to a room of about 100 supporters, Cain said that there are several benchmarks for him to meet that would determine whether or not he would seek the Republican nomination for President, and that an announcement is only a few weeks away. I am going to call my local bookie Mario and bet that Cain announces he will run for President. Asked about whether he can bring the black vote into the Republican voting fold, Cain said that he believes that 1/3 of the black vote is an attainable goal.

Stephen Colbert decides to start his own PAC, “Being a pundit these days is not enough anymore. If you want to be a political playa’ in 2012 you need a PAC.”

Jon Stewart wants to know which 2012 GOPer will be able to connect with, “Base-istan. Base-istan of course that rarest of countries where somehow every part of the country is in the middle.”

Today’s Must See Moment — Fast forward to 2:41 when former Alaska Governor Sarah Palin introduces a new word to the English language. Then let us know which “Palin-ism” is you’re favorite in our Late Night Poll.

Take our Late Night Poll after the jump!

Here’s video of former Auburn football players Chaz Ramsey and Raven Gray during the premiere of HBO’s Real Sports with Bryant Gumbel special on the business and ethics of college sports:

In the clip, Ramsey explains to HBO correspondent Andrea Kremer the value of an education to an Auburn football player - as allegedly interpreted by an unnamed Auburn football coach at the time. (Ramsey played for Auburn during the 2007-2008 seasons before an injury ended his career.)