Mailbag: Who gets Kevin Ware, two-sport players and Mark Richt on ‘Survivor?’

Robodawg asks: Chip, I was glad to hear of Georgia basketball’s pickup of Nemanja Djurisic. Is his signing likely to wrap up this year’s class? And can you give a quick run down of how the next class is looking?

Chip: As far as I can tell, recruiting for the 2011 class is likely complete for the Bulldogs. Djurisic, a 6-8 forward from South Kent, Conn., by way of Montenegro, will officially become the fourth member of the class — joining 6-6 guard Kentavious Caldwell-Pope of Greenville (Ga.) High; 6-10 forward Tim Dixon of Oldsmar (Fla.) Christian School and 7-foot center John Florveus of Hillsborough (Fla.) Community College — when he signs during the spring period later this month. Since they will lose only seniors Chris Barnes and Jeremy Price to graduation, that actually puts them one over the NCAA limit of 13 players on scholarship, depending on what juniors Travis Leslie and Trey Thompkins decide to do as far as entering the NBA draft. Georgia did place on …

Former Soviet dictator Mikhail Gorbachev celebrated his 80th birthday with a bash in London on Wednesday.  And celebrities were out in force to glorify the life of a dictator.  Tickets went as high as $ 160,000. Talk about surreal: the co-hosts were Sharon Stone and and Kevin Spacey.  Entertainment was provided by the aging rock bank The Scorpions. Sporty Spice of the Spice Girls (now Mel C) also showed up.

It was all wrapped around the theme “Mikhail Gorbachev: The Man Who Changed the World.”  The Moscow Times reports that Spacey and Stone were, err, “cheesy.”  Standing in front of neo-classical columns “decorated with pink curtains,”  the two co-hosts “continuously mangled various Russian names and concepts.”  Stone (who they described as “ditzy”) went through a number of dress changes and Spacey tried to crack a joke about perestroika that was, well, “mangled.”    In between The Scorpions sang their songs “Wind of Change”  and later “Rock You Like A Hurricane.” Spandex anyone?

Ted Turner was given an award.  Then came a Russian pop group named Khor Turetskogo singing the old black spiritual,  ”Go Down Moses.”  Strange choice if you are celebrating the birthday of an atheist,  don’t you think? You can’t make this stuff up.

Famous Soviet dissident Vladimir Bukovsky tried to remind London about who they were celebrating.  He filed a lawsuit to have Gorbachev arrested for his crimes as Soviet leader.  Bukovsky points out that among other things Gorbachev ordered the violent break-up of several demonstrations between 1989-1991 which led to the death of 100 people. But his request was rejected by a London Court on the grounds that Gorbachev was in the UK as part of a “Special Mission” on behalf of the Russian state.  The fact is, of course, that he has absolutely no official position in the Russian government.

At a time when everyone is reporting on the alleged demise of the dictator in the Middle East how strange that they celebrate one from a different region and a previous era.  Gorbachev was not elected,  and he rejected democracy in favor of a “leading role” for the communist party.  Events passed him up.  He didn’t lead Russia to a democratic system.   Just shows you that for the Left the Universal Law of Dictators is simple: dictators on the right bad; dictators on the left,  throw them a party!

Kevin Ring, a former junior associate at convicted lobbyist Jack Abramoff’s firm, is facing a third trial as a result of the influence-peddling scandal making him the most prosecuted figure in the high-profile corruption probe, the Associated Press reports.

The first go around resulted in a mistrial. At Ring’s second trial, in November, the jury acquitted Ring on three of the charges against him, but convicted him on the remaining five.

Now the AP reports that the Justice Department is pressing forward in trying Ring yet again on two additional charges: that he obstructed justice by lying to a lawyer hired by his lobbying firm to investigate the scandal and who later turned evidence over to the FBI.

The judge in the case issued a ruling on Tuesday setting the trial date for May 24, but the AP reports she is planning to issue the verdict without a jury and plans to sentence Ring on any counts for which he stands convicted.

THE FIVE AT 10 (sorry, some unexpected challenges this morning):

1. The fallout has begun at Tennessee in the wake of Bruce Pearl’s dismissal as men’s basketball coach and Georgia or Georgia Tech could benefit from it. Kevin Ware has officially requested a release from his UT letter-of-intent. A 6-foot-4 guard from Rockdale County High, Ware is a four-star prospect who has been committed to the Vols since he was a sophomore and signed with them last November. He told the AJC’s Michael Carvell that he’d consider either of the state schools but might lean toward UGA since the Yellow Jackets are also going through a coaching change.

“I wouldn’t lean to Georgia Tech as much because Coach [Paul] Hewitt just got fired and I don’t know the situation there without a new coach,” Ware told Carvell. “I would take a good look at Georgia because of some of the guys coming in, especially Kentavious Caldwell-Pope (a five-star signee from Greenville High). We played against each other twice … 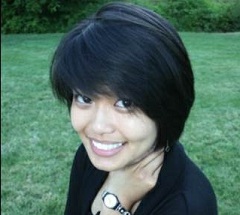 Today, on the Ed Morrissey Show (3 pm ET), Kevin McCullough joins us again to discuss the intersection of faith and politics. Kevin and I will talk about the situation in Libya, the crisis in Japan, the latest on budgets in Washington, and Kevin’s new book, No He Can’t. In bonus minutes, Jazz Shaw and […] 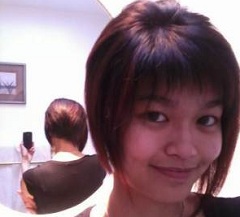 Today, on the Ed Morrissey Show (3 pm ET), Kevin McCullough joins us again to discuss the intersection of faith and politics. Kevin and I will talk about the GOP “frontrunner” dilemma, the latest in Wisconsin, boxcutters and TSA, Charlie Sheen, and much much more! We’ll also discuss the case of Marizela Perez, who has […]

Today, on the Ed Morrissey Show (3 pm ET), Kevin McCullough joins us again to discuss the intersection of faith and politics. Kevin and I will talk about the GOP “frontrunner” dilemma, the latest in Wisconsin, boxcutters and TSA, Charlie Sheen, and much much more! We’ll also discuss the case of Marizela Perez, who has […]