Inside Baseball for Political Junkies 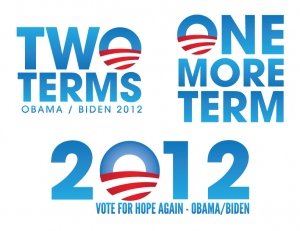 As Jim Messina begins his role in Obama’s reelection campaign it’s a perfect time for Berman to share this insider tale so familiar to many of us who watch this from the cat bird seat of Washington, because it gives you a window into just how differently 2012 is likely to be from 2008.

Nothing frosted me more than watching the White House bungle the health care messaging. Ari Berman’s piece in The Nation quotes top Democratic sources, many of whom stay off the record for fear of retribution, revealing the extent of the Democratic disaster.

Jim Messina is the guy who got beat by Sarah Palin’s “death panels” squeal. I was one of the first to give Sarah Palin the credit she earned, though there was criticism too, all the way up and through the midterms, Palin’s ability to seize the midterm moment left the establishment power of both parties stymied, but the damage she did to Democrats on health care was incalculable. Of course, since then Palin’s power has waned, with her blood-libel video after Tucson an embarrassment, while the Tea Party activists continue to be a double-edged machete.

However, Jim Messina’s mistakes led the Democrats into a legislative quagmire and electoral disaster in 2010 that still has Democrats and progressives spitting mad.

Jim Messina is also the guy who bought Andrew Breitbart’s smear tactics, then praised the quick firing of Shirley Sherrod to staffers, which I wrote about here, based on the reporting of Ben Smith at Politico.

Messina begins the re-election campaign with a significant amount of baggage. As a former chief of staff to Baucus and deputy to Emanuel, Messina has clashed with progressive activists and grassroots Obama supporters both inside and outside Washington over political strategy and on issues like healthcare reform and gay rights, alienating parts of the very constituencies that worked so hard for Obama in 2008 and that the campaign needs to reinspire and activate in 2012. Obama’s fixer has arguably created as many problems as he’s solved. “He is not of the Obama movement,” says one top Democratic strategist in Washington. “There is not a bone in his body that speaks to or comprehends the idea of a movement and that grassroots energy. To me, that’s bothersome.”

[…] Under Messina, Obama ‘12 could more closely resemble the electoral strategy of Baucus or Bill and Hillary Clinton—cautious, controlling, top-down in structure and devoted to small-bore issues that blur differences between the parties—than Obama ‘08, a grassroots effort on a scale modern politics had never seen. “It was a major harbinger to me, when Obama hired him, that we were not going to get ‘change we can believe in,’” says Ken Toole, a former Democratic state senator and public service commissioner in Montana. “Messina has a lot of talents, but he’s extremely conservative in his views on how to do politics. He’s got a tried-and-true triangulation methodology, and that’s never gonna change.” The Democratic National Committee declined to make Messina available for an interview.

To refresh, Messina is the “veal pen” man and was instrumental on muscling the health care bill away from anything progressives wanted and toward the private deal with insurers, particularly PhRMA, that sunk and stunk up the plan. More from Berman:

The administration deputized Messina as the top liaison to the Common Purpose Project. The coveted invite-only, off-the-record Tuesday meetings at the Capitol Hilton became the premier forum where the administration briefed leading progressive groups, including organizations like the AFL-CIO, MoveOn, Planned Parenthood and the Center for American Progress, on its legislative and political strategy. Theoretically, the meetings were supposed to provide a candid back-and-forth between outside groups and administration officials, but Messina tightly controlled the discussions and dictated the terms of debate (Jane Hamsher of Firedoglake memorably dubbed this the “veal pen”). “Common Purpose didn’t make a move without talking to Jim,” says one progressive strategist. During the healthcare fight, Messina used his influence to try to stifle any criticism of Baucus or lobbying by progressive groups that was out of sync with the administration’s agenda, according to Common Purpose participants. “Messina wouldn’t tolerate us trying to lobby to improve the bill,” says Richard Kirsch, former national campaign manager for Health Care for America Now (HCAN), the major coalition of progressive groups backing reform. Kirsch recalled being told by a White House insider that when asked what the administration’s “inside/outside strategy” was for passing healthcare reform, Messina replied, “There is no outside strategy.”

As for the never ending promises to the gay community, Joe Subday says DADT passed “in spite of Messina.” If Joe says this is the truth, it is. Many people won’t be so blunt, because progressive groups don’t want the backlash and to be frozen out.

But if there is one thing that resonates with what I hear constantly it is this sentence from Berman’s piece:

Corporate America no longer regards Obama as an ally, while many donors from 2008 are disillusioned with the administration’s legislative compromises and political timidity.

Couple all of this with progressive disappointment and disgust over the trajectory of Obama’s first term and you’ve got a whole lot of depressed Democrats and progressives as 2012 rolls around and the Republicans get ready to do what they’ve been waiting to do since 2008. Defeat Pres. Obama at all costs.

The most committed wins and 2012 won’t come close to 2008 on the enthusiasm meter for Barack Obama. That’s a factor already baked into the election.

The good news for Messina and the Obama camp is that the Republican field remains unimpressive, with contenders like Gov. Chris Christie, Jeb Bush and Marco Rubio content to wait until Barack Obama is out of the picture. Though if Messina does for Obama in 2012 what he did for health care this could get ugly for Democrats.

Taylor Marsh is a political analyst, writer and commentator on national politics. A veteran national politics writer, Taylor’s been writing on the web since 1996. She has reported from the White House, been profiled in the Washington Post, The New Republic, and has been seen on C-SPAN’s Washington Journal, CNN, MSNBC, Al Jazeera English and Al Jazeera Arabic, as well as on radio across the dial and on satellite, including the BBC. Marsh lives in the Washington, D.C. area. This column is cross posted from her blog.

For Politicial Junkies Who Want to Sing Christmas Songs

A few gift suggestions for political junkies on your shopping list:

Large-scale prints that take an interesting look at the history of major political institutions, including the American presidency, the U.S. Supreme Court, and the U.S. Senate.

Or take a look at the latest bestselling political books and movies.

As you’ve probably noticed, Passport has turned into an essentially WikiLeaks-only zone over the last couple of days. In the interest of consolidating the massive amounts of WikiLeaks related content coming in — and to allow Passport to cover some of the other things happening in the world today — we’ve created the dedicated blog WikiLeaked to dig through the cables as they are released. WikiLeaked will also be a one-stop shop for WikiLeaks related content from all the other blogs.

We’ll continue to cross-post items on the fallout of the cables and the the latest on Julian Assange here at Passport.