Currently viewing the tag: “from”

US to pull jets from Odyssey Dawn? 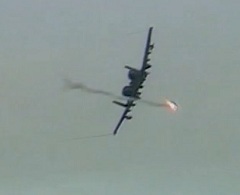 As a show of strength, the latest from the US on the military mission in Libya falls a wee bit short of convincing.  Yesterday, NATO finally accepted operational command of Odyssey Dawn, the air war against Moammar Gaddafi’s armed forces that have not yet stopped the dictator from pushing the rebels into panicked retreats.  Today, […]

Strikeforce officials were left scrambling for a talented 205er this week after receiving word Mike Kyle would be forced to withdraw from his scheduled match-up with former light heavyweight champion Gegard Mousasi after breaking his hand while training for the bout. The two had originally been set to face off next weekend at “Strikeforce: Diaz […] Five Ounces of Pain

Farrakhan got $8 million from Gaddafi

(Communicated by the Public Diplomacy and Diaspora Affairs Spokesman) March 31, 2011

Attached is a letter from Facebook Director of Policy Richard Allan to Public Diplomacy and Diaspora Affairs Minister Yuli Edelstein regarding the latter’s 23.2.11 letter (which was sent to GPO email subscribers) to Facebook CEO Mark Zuckerberg on the Facebook “Third Palestinian Intifada Page”.

Thank you for your letter to Mark Zuckerberg concerning a Page on Facebook entitled” The Third Palestinian Intifada”. Mark has asked me to reply on his behalf as I manage Facebook’s relationships with governments in Europe, the Middle East and Africa.

We reviewed the Page in question extensively in response to several reports we received including your own. Our reviewers felt that the content of the Page began as a call for peaceful protest, even though the term Intifada has been associated with violence in the past. In addition, the administrators initially removed comments that promoted violence. Under these conditions a Page of this nature would normally be permitted to remain on Facebook.

However, after the publicity of the Page more comments deteriorated to direct calls for violence. Eventually, the administrators also participated in these calls. After administrators of the page received repeated warnings about posts that violated our policies, we removed the Page yesterday.

We continue to believe that people on Facebook should be able to express their opinions, and we do not typically take down content that speaks out against countries, religions, political entities, or ideas. However, we monitor Pages that are reported to us and when they degrade to direct calls for violence or expressions of hate – as occurred in this case – we have and will continue to take them down.

We are aware that there have been reports of a number of copycat pages on the site and will similarly review reports related to this content and take appropriate action in accordance with our community standards.

We have been in touch with your spokesperson Gal Ilan throughout this process of initial and further review and this contact has been very helpful in working through this issue.

Thank you again for your interest in Facebook? This is not the first time Facebook’s policy has been under question- see: Facebook: Attacking Israel Is Not The Same As Attacking Israelis

Rodstrom — from city commissioner to juror

Fort Lauderdale City Commissioner Charlotte Rodstrom has been spending her week at the county courthouse rather than City Hall.

Rodstrom was called for jury duty and selected for a panel that began hearing a civil case Monday. She was still at it Thursday, returning city phones during the jury’s lunch break.

Rodstrom said she can’t say what the case is, but hopes that it wraps up this week. She has missed City Hall appointments as well as a roast for Mayor Jack Seiler.

Up and at ‘em here in Houston, where I’ll have notes throughout the day. Here is the open practice schedule for today at Reliant Stadium, with all times Central:

Now for some Big Blue Links:

(CNN) – Former President George W. Bush is worried the U.S. might pull out of Afghanistan too early to the detriment of that country’s women.

In an interview with Fox News that aired Thursday, Bush warned that Afghan women will “suffer” should the Obama administration decide to downscale troop levels there. “My concern of course is that the United States gets weary of being in Afghanistan and says ‘It’s not worth it, let’s leave’ and Laura and I believe that if that were to happen, women would suffer again,” he told Fox’s Greta Van Susteren. “And we don’t believe that’s in the interest of the United States or the world to create a safe haven for terrorists and stand by and watch women’s rights be abused.”

We liberated Afghanistan from the Taliban because of providing a save haven for al Qaeda,” he continued. “But I ablative then and believe now we have an obligation to help this young Democracy to survive and thrive.”

Bush’s comments came the same day he and former first lady Laura Bush kicked off a two-day conference at Southern Methodist University focusing on women’s rights issues in Afghanistan – an issue Mrs. Bush also championed when she was in the White House.

“Isolationism will end up subjecting certain people to horrors that I don’t see how our country can live with that kind of decision,” the former president also said.

The Obama administration has said that it will gradually hand off responsibilities to Afghanistan security forces as it draws down U.S. troops between this summer and the end of 2014.

But a Government Accountability Office report issued in January questioned whether the centerpiece of the Obama administration’s exit strategy for Afghanistan – a training program for Afghan security forces – can deliver as promised.

A CNN/Opinion Research Corp. poll in February indicated six in ten Americans are opposed to the war.

The View From Your Airplane Window

The View From Your Window 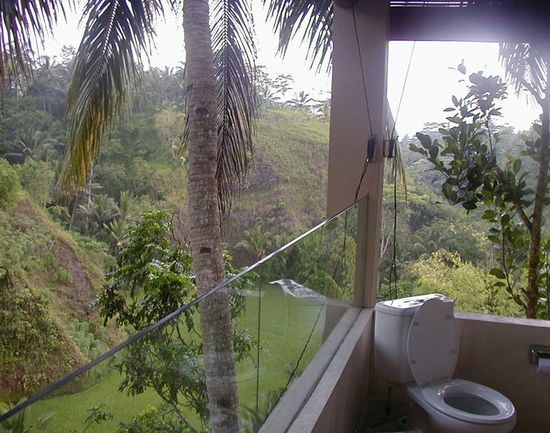 The View From Your Window

Not From The Onion

This speaks for itself:

President Obama finally and quietly accepted his “transparency” award from the open government community this week — in a closed, undisclosed meeting at the White House on Monday.