Discussing the matter of arming the rebels in Libya, the "Today" host allowed that there may well be al Qaeda operatives among the anti-Qadhafi forces, but asked, "would it not be a sign to them [the rebels] or showing them that the United States has compassion and we're willing to use our military might to help all people?"

After watching a clip of that exchange on the March 31 edition of "Hannity," Bozell couldn't contain his laughter.

"Sean this is one of the most astonishingly naive questions I've ever heard!" the Media Research Center founder exclaimed.

"He's saying if we arm al Qaeda they'll like us better! What is going on over at NBC?!"

For the full segment, click on the play button in the video embed above. For the MP3 audio, click here.

The NRSC offers its version, casting Obama as an unserious guy.

You know what they say:  truth is stranger than fiction.

Barack Obama is the greatest President in the history of history.

Extreme Makeover asked Ranger Up to help them find military families that need help with their homes. Families must own their own home (which can’t be in foreclosure or have a lien). They must have children and the home must be in rough shape.

Please email [email protected] with the family you think needs this help! Include family name, pictures, story, and contact info!

The fifth and latest edition of al Qaeda in the Arabian Peninsula’s Inspire magazine contains an article written by Ibrahim Rubaish, a former Guantanamo detainee, who criticizes the Saudi government.

Rubaish was transferred from Guantanamo to his native Saudi Arabia in December 2006, and then enrolled in Saudi Arabia’s jihadist rehabilitation program. He later fled to Yemen along with other former Guantanamo detainees and became AQAP’s Mufti, providing the theological justifications for AQAP’s terrorism. In that role, Rubaish has repeatedly argued that Muslims need not wait for approval from the Saudi government when waging jihad. [See LWJ report, Former Guantanamo detainee now al Qaeda in Arabian Peninsula’s Mufti.]

In his article (“Al-Saud: Lodging A Criminal”), which was previously published by AQAP’s Al Malahem Media, Rubaish criticizes the Saudis for taking in former Tunisian President Zine al Abidine Ben Ali after he fled his north African country earlier this year. Rubaish praises Ben Ali’s demise, but warns that Tunisia will not become a truly Islamic country unless sharia law is implemented.

“I was truly pleased that Allah removed an evil which afflicted our brothers for many decades,” Rubaish writes. “But I don’t think that this will help the situation of the Muslims because oppression won’t disappear and a tâghût [false leader] is often substituted by another.”

Hence, if the rights of Allah and the rights of Caesar clash, then the rule would be Caesar’s. Unfortunately this became widespread among people and even among their scholars to the extent that if you request a permissible matter or forbid an evil one, they will reply to you by saying that the system bans this and legitimizes that.

Ben Ali “waged war on the Muslim women’s veil,” Rubaish writes. He “made himself a ruler above Allah’s rule when he legalized what Allah prohibited and made illegal what Allah made lawful.” Ben Ali “went as far as banning polygamy and legalizing ribâ [usury].”

Rubaish questions how the Saudis could take in such a supposedly unworthy ruler. Rubaish asks Saudi scholars:

So, where is the fatwa and rule regarding what he has done if you are truthful? Where are those judges who give rulings against the mujahidin? And where are the rehabilitation’s members?

The last question is likely a reference to Saudi Arabia’s jihadist rehabilitation program. More than two dozen former Guantanamo detainees have graduated from the program, only to return to terrorism. Interestingly, Inspire makes no mention of the fact that Rubaish was once held at Guantanamo.

Earlier this week, counterterrorism analyst Evan Kohlmann noted on his twitter page that there are reports that Rubaish gave “a public lecture in the city of Lawder,” Yemen. If true, then this is an ominous sign of just how strong AQAP has become inside Yemen.

Today, in 1945, Anne Frank was exterminated by the Nazis. The war would be over in just a couple months.

Power to the States: The Welfare Edition

The most effective welfare benefit is the one that leads to a job. That’s why H.R. 1167 requires able-bodied adults on food stamps to either work or prepare for work. American Thinker Blog 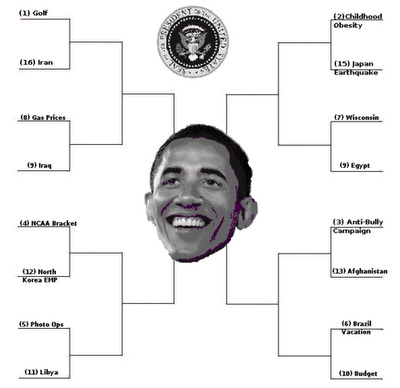 Welcome to the Watcher’s Council, a blogging group consisting of some of the most incisive blogs in the ‘sphere, and the longest running group of its kind in existence. Every week, the members nominate two posts each, one written by themselves and one written by someone from outside the group for consideration by the whole Council.Then we vote on the best two posts, with the results appearing on Friday.

This week, The Grouch and Capitalist Preservation took advantage of my generous offer of link whorage and earned honorable mention status.

You can, too. Want to see your work appear on the Watcher’s Council homepage in our weekly contest listing? Didn’t get nominated by a Council member? No worries.

Simply e-mail me a link at [email protected] with the subject heading ‘Honorable mention’ no later than Monday 6PM PST to be considered for our honorable mention category, and return the favor by creating a post on your site linking to the Watcher’s Council contest for the week.

It’s a great way of exposing your best work to Watcher’s Council readers and Council members. while grabbing the increased traffic and notoriety. And how good is that, eh?

So, let’s see what we have this week….

And a kind of mashup of various Dish themes over the last couple of months. Oddly, or perhaps not, I find myself playing more Angry Birds right now. It's a relief from the saturation in such bloody and chilling news stories – from Surt to Fukushima. And it's the one thing I can do while attaching myself to my daily asthma nebulizer.

Sadly, of course, the American Eagle has much more power to remove Qaddafi in an iPad game than in reality.

A real artifact of the moment: The Angry Birds version of the Arab Spring.

It’s in English, but made by a Russian blogger named Egor Zhgun, and the comments on his blog express the hope that Alexander Lukashenko make the next version.

Last week we posted Peter Robinson’s interview with Victor Davis Hanson and Peter Berkowtiz. Given our format, the interview rotated off the site after a few days. We’ll have another installment of Uncommon Knowledge next week. In the meantime, here is the interview with Hanson and Berkowitz, once more once, after a brief introduction.

Peter Robinson convened a panel consisting of Victor Davis Hanson and Peter Berkowitz — Hoover Institution fellows both — to discuss recent events in the Middle East. Berkowitz is a frequent visitor to Israel and Hanson had a ruptured appendix removed in a nightmarish emergency procedure a while back on his bizarre Libyan holiday. They are both learned analysts of events in the Middle East.

Unfortunately, the discussion was held before the commencement of hostilities by the allied forces including the United States against the Qaddafi regime in Libya. The conversation is nevertheless full of timely and interesting observations. Through our arrangement with the Hoover Institution, we are pleased to present it it in its entirety. Please check it out.

Today, in 1867, the U.S. bought Alaska from Russia for $ 7 million. The media at the time called it “Seward’s Folly,” after the Secretary of State who negotiated the deal. Seems like a good investment to us. 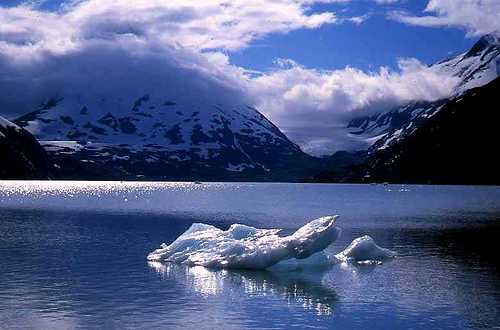 All Politics Is Local: Arab Edition

In America, election outcomes are overwhelmingly driven by macroeconomic outcomes. And as Max Fischer notes, perhaps we should assume the same thing about Arab politics:

Though these three states [i.e., Tunisia, Egypt, and Syria] all took such vastly different approaches to the two issues that supposedly drive popular sentiment in the Arab world — the U.S. and Israel — they have endured startlingly similar anti-government protest movements. But if these foreign policy issues are really as important to Arab publics as Assad believes them to be, if they really constitute the key variable in regime stability, then why have these three governments found themselves embroiled in such similar protest movements? Why did Tunisians ultimately rise up against economic restrictions and police brutality? Why did Egyptians call for shutting down the interior ministry and raising the minimum wage, but not ending Mubarak’s alliance with Israel? For that matter, why did they endure decades of Egyptian-Israeli ties, only to finally rise up over totally unrelated concerns? Why are Syrian protesters making the same demands now? Is it possible that Assad, and many of us in the West, have gotten Arab priorities so wrong?

I wouldn’t even say that we’ve necessarily gotten the priorities wrong as simply failed to ask the question. We are very interested in the Arab-Israeli conflict and the geopolitics of oil. We’re not really interested in the price of food. But people who actually live there see things differently.

StupidiNews! Read All About It Edition

NEW YORK (CNN) — Beginning at 2 p.m. ET Monday, The New York Times will try to harness the force that has been wrecking the newspaper business: free access on the Internet.

The nation’s most prestigious general interest paper will now charge readers for extended access to its website, NYTimes.com. In erecting a paywall, executives at the Times are trying to walk a fine line: generate subscription revenue from avid readers willing to pay, while still retaining more the casual customers who boost advertising revenue with their clicks.

Users get 20 free articles per month, after that payment is required.  It’s an interesting model, but I think it would be more efficient to pay per click.  The article makes the argument that people are more likely to pay for digital content after the app markets have changed how we view those transactions.  However, $ 15 per month for unlimited online access is still steep when compared to the free competition that will continue to eat away at the big papers.  This may actually be the beginning of an era of news publishing where subscriptions aren’t the measure of success, but that of clicks and reviews received.  That doesn’t sound so bad to me.

Frankly, it has seemed that local papers have phoned it in for a long time, and have been reduced to AP / Reuters relays with the occasional local story to break up the monotony. The industry has been spoiled with loyal customers and little competition in a declining market.  Just like the rest of us, they should hustle for their business or make way for those who will.  At the rate of $ 15 – $ 35 per month for access to just one paper, I don’t think it will go over very well.

As always, I’m curious to see what you think about it.  Sound off in the comments or on the Facebook page.